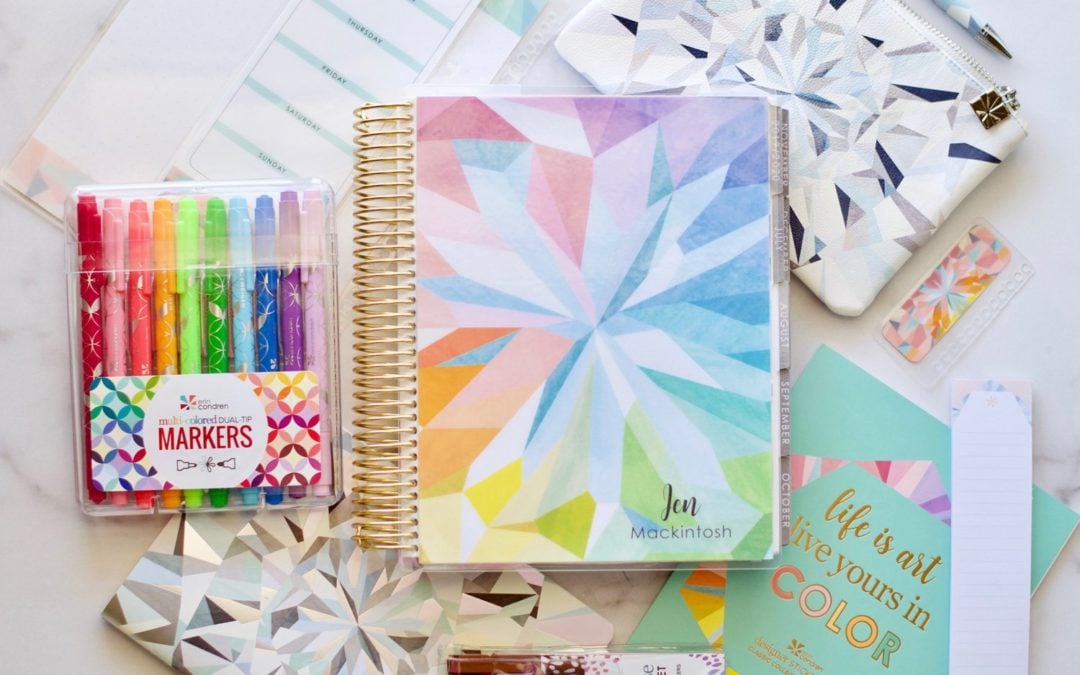 Q
“The minute that we had our sales call with Celigo that included a demo, our jaws dropped. It was just like, ‘Wait, what’? Celigo was an out-of-the-box framework, a SuiteBundle at a third of the cost with 10 times more functionality. Especially for a company like us, that was really attractive.”

Erin Condren is a lifestyle brand known for creating fun and functional organization essentials for the home, office, and everything in between. The company was founded in 2005 as a stationery business and has since evolved into a leading brand in the organization space, offering products ranging from high-quality planners and notebooks to custom organizers, desk accessories, and more.

In 2018, as Erin Condren saw success in the retail and ecommerce business, the company decided to expand into Amazon. As the company used NetSuite ERP, they needed to integrate Amazon orders to NetSuite to automate its order-to-fulfillment process. Based on a recommendation from a consultant, the team selected a large iPaaS provider as their integration platform and went on to attempt to build this integration.

Erin Condren Design spent nearly a year trying to get their previous integration platform to bring in orders between Amazon and NetSuite.

“Their platform couldn’t bring in all our orders. It never worked for a year. It was just Band-Aids over Band-Aids with scripting,” said Elizabeth Schmidtke, Assistant Controller at Erin Condren Design. “I felt like they were trying to build a script to try to make it work.”

The lack of a working integration was starting to cost the company a lot of money in terms of hours of manual work, consultants, missing and incorrectly entered orders, and the subscription to a product that wasn’t working for them.

“It was causing our financials to be inaccurate. It took a lot of man-hours between me and my team to try to reconcile back to Amazon,” said Schmidtke. “We finally got to the point in July of 2019 when our old platform just stopped. It just wouldn’t function. I was pulling our dev team and had my NetSuite consultants that I had to pay for them to be on these calls.”

“Three weeks of daily status calls in there was no progress being made. We were wasting time and resources to try to get this right,” she said. “We ended up manually uploading orders to NetSuite because I was at my wit’s end.”

While the integration provider was trying to make things right, Schmidtke felt like the current process wasn’t feasible, particularly because the team was so small and needed to focus on the business at hand, not integrations.

“We just needed something to work. And to me, I didn’t feel like we were asking for a lot. I just needed an A to B mapping.”

The team decided to finally end their contract with their integration provider and look for another solution.

“It’s been a positive experience with Celigo, to say the least. We’ve only dipped our toes in all the functionality that Celigo offers. We definitely want to explore more.”
Elizabeth Schmidtke

While looking for a new integration platform, a NetSuite employee recommended that Erin Condren Design look at Celigo. The team saw right away that Celigo offered a complete set of pre-built flows via their NetSuite-Amazon Integration App that was exactly what the company needed.

“The minute that we had our sales call with Celigo that included a demo, our jaws dropped. It was just like, ‘Wait, what’? Celigo was an out-of-the-box framework, a SuiteBundle between NetSuite and Amazon,” said Schmidtke. “In our experience, our old solution was only able to at best put our order adds into NetSuite. And it couldn’t even do that at 100% accuracy. Celigo’s functionality was ten times more than that, at a lower price point, which was so attractive for a small company like us.”

The team quickly selected Celigo and started the implementation process. Because of their previous experience, they did the entire implementation in a sandbox environment before rolling it out to production.

“The implementation could have been even faster, but I had PTSD with our previous solution. So I made them do it all in a sandbox first. I wanted to make sure. I just couldn’t go through that pain again in production,” said Schmidtke. The company was up with automated order-to-cash processes with Celigo within several weeks, starting with the US and Canada.

All Amazon orders, standard and non-standard, now accurately flow to NetSuite, saving the company countless hours and headaches in the process. Also, the company is paying a lower subscription with Celigo for greater functionality.

“Celigo came in at a third of our old solution’s subscription cost, and Celigo has all the bells and whistles. Especially for a small company like us, that was really attractive,” said Schmidtke. “But the functionality that Celigo offers is 10 times more than what we previously had. It’s not even comparable.”

“And we’ve only dipped our toes in all the functionality that Celigo offers. We definitely want to explore more with the inventory toggling between Amazon and NetSuite.”

Most importantly, Schmidtke and her team have been able to focus their time on areas that impact the bottom line – not maintaining integrations.

“It’s been a positive experience with Celigo, to say the least,” said Schmidtke.