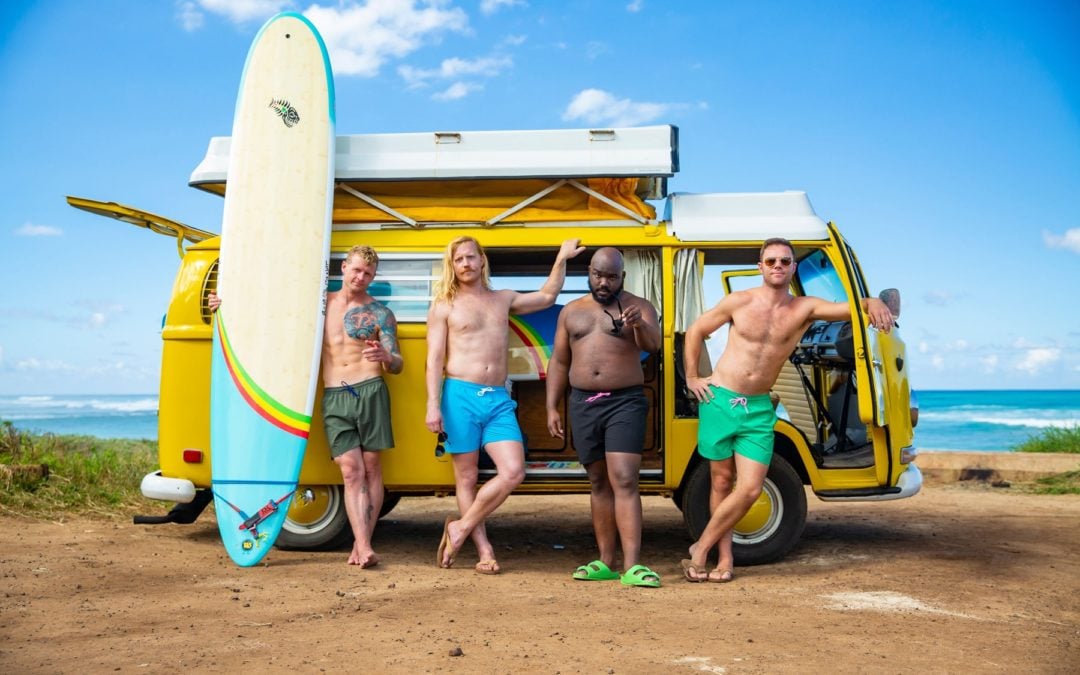 Q
“Celigo and Orderful’s EDI solution is a game changer for Chubbies. We are expecting to see at least 55% in EDI-enabled growth and a 50% increase in EDI customers. We credit Celigo to playing a major role in enabling us to do so.”

Chubbies is an ecommerce company dedicated to men’s shorts. The company revolves around a customer service-focused business model offering free three-day shipping, free returns, social advertising campaigns, and dedicated human customer service lines. Currently, they are sold on the Chubbies website and at five retail locations in Houston, Atlanta, Tampa and Miramar Beach in Florida, and Charleston in South Carolina.

Chubbies is a predominantly ecommerce company that also has a wholesale arm, which has been growing rapidly over the years. With increasingly larger orders to fulfill, the company had to increase headcount just to cope with the manual work it takes to manage these complex orders. The company had been on Shopify, Stitch Labs, and Quickbooks for about 7 years, and as the company grew, it needed transaction-level detail in accounting and a fully-integrated purchase-order tracking system.

One of the first things Chubbies did to address its growth was to replace Quickbooks with NetSuite. In that migration, Chubbies selected Celigo’s Shopify-NetSuite integration app to automate the order-to cash processes between the its Shopify storefront and NetSuite ERP.

At the same time, the wholesale arm of Chubbies had become one of the biggest drivers of growth for the company. One of the major challenges they faced when dealing with big-box retailers such as Nordstrom was staying EDI-compliant, an area in which Chubbies had no experience. “I felt like I was learning a new language,” said Hunter Leeming, Internal Operations Manager at Chubbies.

Chubbies engaged a global EDI provider which offered two options: a direct integration that charged a large amount for each touchpoint implemented, or a web-services portal, which allowed the team to do it manually via guided prompts.

“We tried both solutions,” said Leeming. “The volume we were doing was too big to do it via the services portal. We also had a lot of trouble connecting our fulfillment center directly to NetSuite via the direct integration bundle.”

There was a mismatch in field structures between the EDI solution and NetSuite that made integration difficult. “We were having to duplicate all these fields just so our fulfillment center could access this information,” said Hunter Leeming, Internal Operations Manager at Chubbies.

On top of that, the EDI solution did not support automatic updates for transactions in NetSuite. “For example, a single purchase order can create up to 100 individual sales orders in NetSuite because of all the different stores they’re being shipped to. If we’re removing five lines of items for every one of those orders, that’s virtually impossible to manage from a manual perspective,” said Leeming.

Leeming described the entire process as frustrating. “We got to a place where we were sort of compliant on a couple of different transactions, but we were never fully compliant. And we were charged for every invoice or shipping notice that wasn’t compliant. It was extremely trying on our relationships with the customers”.

Chubbies had to increase the headcount of their wholesale team from three to five people just to cope with the volume and complexity of fulfilling these orders. This resulted in infractions on the company’s part that were significantly eating into their profit margins.

“
“We have reliability in our EDI information coming from Orderful to our ERP instance, where we are more confident in the accuracy of our orders than we’ve ever been. And it’s also saving our team an average of 10 to 15 hours, probably close to 30 hours a month because they’re not having to go through and manually upload and create all of these transactions.”
Hunter Leeming

Having had an unsuccessful implementation experience with their EDI solution, Leeming knew that ease of integration will be the key to truly automating the EDI process. “I had worked with Celigo on the Shopify integration, so I was very familiar with the Celigo user interface and how simple it is” said Leeming. “And that’s something we were looking for in an EDI partner too.”

Chubbies settled on a combination of using Celigo with Orderful, and API-based EDI solution. With Celigo’s Orderful-NetSuite Integration Template, the company created a hub for EDI integrations. All information surrounding EDI transactions that the company commonly used, from purchase orders to invoices, are now automatically imported and exported between Orderful and NetSuite.

“There were two things that we really wanted when we were looking at the initial configuration plan from Celigo,” said Leeming. “First, we wanted to ensure that the flows were consolidated as much as possible. We were able to come to a solution where that is how it is set up. We see a single flow for all of our trading partners and it’s very clean. I’m not a developer, but I can make changes easily in Celigo when necessary.”

“And then the other thing was a hook from the Orderful system to see if a transaction had failed,” added Leeming. Being the sole operator of the business systems at Chubbies, the ability to manage all integration flows and view and resolve errors in real-time from a single dashboard has been a real advantage for Leeming and his team.

The automation of EDI processes made possible by Celigo has helped Chubbies reduce the manual work burdening the team and as a result, decreased instances of data entry errors, improved communication within the organization, and eliminated major speedbumps in the fulfillment process. More importantly, the company is able to stay EDI-compliant, eliminating the infraction fees that were cutting into its margins.

“We have reliability in our EDI information coming from Orderful to our ERP instance, where we are more confident in the accuracy of our orders than we’ve ever been. And it’s also saving our team an average of 10 to 15 hours, probably close to 30 hours a month because they’re not having to go through and manually upload and create all of these transactions,” said Leeming.

Leeming explained that the integration also brought great benefits to customer relationships, as having improved visibility into inventory and fulfillment processes has helped the company make informed decisions and respond promptly to their customers.

With the integrations in place, Chubbies expects to be able to handle more EDI customers and continue growing their wholesale division.

“Celigo and Orderful’s EDI solution is a game changer for Chubbies. We are expecting to see at least 55% in EDI-enabled growth and a 50% increase in EDI customers, and Celigo’s Orderful integration is enabling this growth,” said Dave Wardell, Chief Financial Officer of Chubbies.