Please join us for our Quarterly Integrator.io Product Update. Check out what’s new with Celigo integrator.io, see demos of our cool new features, and interact with our product team.

In this session, we have lots of exciting updates to share including improvements to real-time and batch flow debugging, data security enhancements, new AI Automapping, and more!

Topics that discussed include: 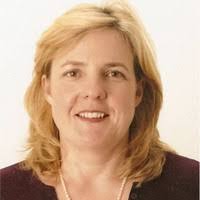 Prior to joining Celigo, Kim was VP of Marketing at Knowi, an augmented analytics startup, and Sr. Director of Product Marketing at Informatica. Kim has over 20 years of experience in the data integration space both as a customer and running product marketing organizations at various software companies in Silicon Valley.

Kim hold a B.S. in Business Administration and MIS and a M.S. in Management Systems both from Notre Dame de Namur University.

This guide is for software companies who want to grow and scale their business quickly. One of the most critical ...

On Demand WebinarWhen you think of ways to accelerate growth and gain the edge over your competition, developing ...