Every product and business leader looks for ways to measure customer experience, accelerate adoption and improve customer retention for their product. Measuring the right things requires gathering data from multiple systems so cross-functional teams can automatically gain insights from data, and are empowered to identify growth potential or churn risk.

Integration platforms (iPaaS) play a key role in addressing the many app integration challenges product teams face in modern SaaS companies. In this session, Matt Graney, VP of Product at Celigo shares his expertise on what metrics are important to track, and how Celigo is using this framework to measure customer health and drive growth.

Topics that we discuss include: 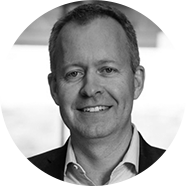 How enviolo improved its customer experience and order efficiency with integration

Customer Success Story"We found a way to seamlessly connect Shopify to our ERP system and nobody has to worry ...

On Demand WebinarWhether you’re raising your first round or preparing for an IPO, scalability is pivotal to ...